Throughout the 130,000 global employees at Airbus, Bessie is one of the most commonly known names. Viewed as a virtual employee, Bessie works solely on the Airbus careers site answering questions from candidates 24 hours a day, 365 days a year to make sure that no candidate question goes unanswered.

Bessie is a recruitment chatbot who speaks to over 12,000 talents a month, was implemented by the recruitment team as a solution to improve the candidate experience and modernise the hiring process at Airbus. Which you can learn about their whole experience in this ebook.

The idea to implement a chatbot came to Dave Mills, Recruitment Innovation Leader at Airbus, while comparing modern customer and candidate expectations.

Each successful e-commerce site in the retail sector used a chatbot to communicate with their customers. If this is what customers are expecting, surely candidates expect the same from engaging with potential employers. This link is what sparked Dave to push for a recruitment chatbot that would give Airbus an advantage in the talent market.

"Today we are recruiting and competing against every other company in the world. A supermarket, a restaurant chain, banking, insurance, everybody's recruiting the same profiles."

Digging more into the adoption of chatbots in the e-commerce sector, it became clear that the more successful chatbots had a human name. The theory that users speaking with the chatbot would engage better convinced Dave and his team to give their chatbot a name. The theory was also backed by their internal artificial intelligence and UX teams. On top of this theory, Dave also saw the name as an opportunity to communicate the Airbus brand.

"You need to consider the tone and appropriate personality for your chatbot, as with any communication. In marketing, candidate personas are always given names, chatbots are the same."

As this would be the first chatbot at Airbus, there was no process around how to name it. The team could simply brainstorm and decide on the name. But they chose to take it one step further by getting the whole company involved.

“So then we just said, well, we could choose a name, but why not ask employees? And there was free PR for us showing we're building a chatbot as a HR initiative. We're building something using the latest technology. So it was a win-win for us because it was an indirect way of communicating what we were doing in HR.”

As a large and new HR initiative, there was a need to create a simple and streamlined process for each employee to choose a name. Taking inspiration from the aerospace industry, a selection of historic figures made it onto the voting ballot. Each employee was sent a multiple-choice sheet where they could vote, comment and edit the name they liked the most.

“...It was just amazing, you know. There were a number of us looking at the list, and I mean everybody [each Airbus employee] could see it. And people could comment on the list of names as well. Everybody was saying that Bessie’s a great name. So we had really amazing feedback from the beginning.”

Among the names on the list, Bessie stood out as a clear winner from the beginning. Not only was her name an excellent juxtaposition of an old-fashioned name and a new technology. It was the story behind the name that caught the admiration of the Airbus employees.

Who was Bessie Coleman? 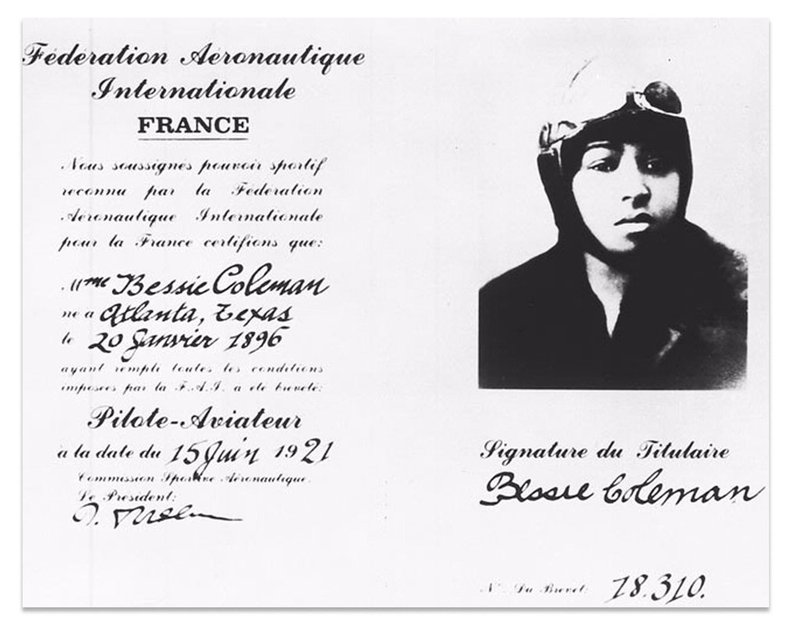 A trailblazer in her field and for her time, Bessie Coleman was famous for her air shows across America in the 1920s. Showcasing her loop-de-loops and tailspins saw her become an international icon and heroine. But her rise to Aviatrix status did not come easy.

John Coleman, Bessie’s brother and an ex-World War 1 soldier, taunted her oppression and lack of opportunities as a woman in America. He teased her about the women he saw in France, who were liberated and could fly planes. It was this that drove Bessie to seek out flight schools in the USA, but no one would accept her as a student.

Determined to prove her brother wrong, Bessie knew she had to look outside the country to become a pilot. Remembering her brother’s tauntings, she began to teach herself French at night in order to apply at Écoles du Crotoy, a flight school on the west coast of France. After a year of learning language, Bessie was accepted into the school and made her journey to Le Crotoy.

After an intense seven month course, on June 5th 1921, Bessie Coleman received her pilot’s license from the Fédération Aéronautique Internationale - cementing her place in history as an Aviatrix icon and a winner amongst Airbus employees.

“I like it when I see candidates thanking Bessie. They actually say thank you Bessie. You’re great! That to me shows to me that she’s doing her job.”

As the level of engagement of Bessie the chatbot grew from her launch on the Airbus Careers site, Dave and his team noticed an increasing trend among users. People were interacting with Bessie as if she were real and therefore, Airbus was providing a more engaging experience for their candidates.

60% of all candidates ask questions outside working hours, which means Bessie and her flare leaves no question unanswered. The impact for the recruitment team has been extremely positive, and growing Bessie is an essential objective for Dave and his team.

What to learn more about how Airbus saw recruitment success with Bessie the chatbot? Get the full story below! 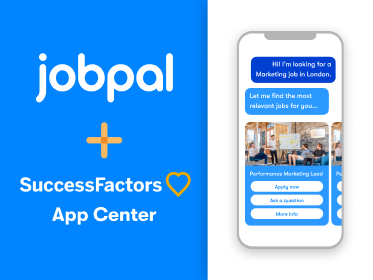 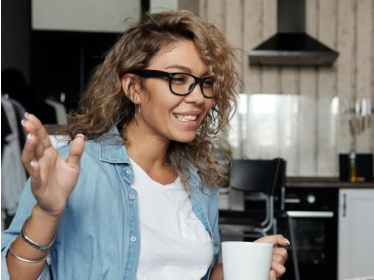 7 Questions To Challenge Your Candidate Journey