Chatbots are the word of the moment, and more and more frequently we find ourselves interacting with virtual assistants. There are those who talk about them as "new apps", and those who think it is an overrated phenomenon. At the beginning of the new millennium, recruiting marketing was dominated by the advent of SEO and SEM, then social networks and social ads took over; in recent years we have witnessed the transition from desktop to mobile. After being invaded by applications to download (there are apps for everything, including apps to manage other apps), today we talk about "app fatigue" - the saturation of the market.

The type of app that knows no crisis is messaging services. To put it in numbers, in April 2018 from the Google Play Store, WhatsApp was the most downloaded app (66.34 million times worldwide), followed by Facebook Messenger (51.5 million downloads worldwide). Messaging apps have overtaken social networks: Instagram, for example, has been downloaded by "only" 25 million worldwide[1] According to the Economist, in a couple of years half of humanity will have at least one messaging app on their smartphone.

The need to communicate is part of human nature and will continue to persist over time, but we increasingly prefer a type of private communication: the post on Facebook is visible to anyone, you prefer the one-to-one message or group chat on WhatsApp or Messenger. Think about your habits: how many times a day do you open WhatsApp on average?

Be where your candidates are is therefore much more than just a vogue phrase in recruiting. Unless you are Audi or Coca-Cola, and therefore do not have a product in your portfolio that sells itself, communication is essential. Moreover, even strong brands still have to fight to safeguard their reputation by claiming, for example, that the palm oil used to make Nutella comes from sustainable plantations, and so on.

The evolution of instant messaging

Instant messaging is the most advanced medium and close to users today, but it has one flaw: it is not very scalable. Once specific volumes are reached, one-to-one communication is too expensive. This is where chatbots come in: they allow you to automate and scale.

Chatbots can be an essential ally in increasing candidates, converting, or merely stimulating user engagement or brand awareness. They help organisations better engage with their candidates and automate repetitive tasks that recruiters have to manually perform during the hiring process. Providing a one to one communication with the candidates is crucial in the conversational age as creating a unique personalised experience will become key to stand out in your competition.

When is it worth developing a chatbot, and of what type?

Paraphrasing a famous Apple slogan, there will soon be a bot for anything. Developing a chatbot so that it communicates with its candidates can bring many advantages, but it is not always necessary and above all, it must be structured from the objective that has to be achieved.

At jobpal, we identify specific use cases (and the most suitable strategy to achieve them effectively), depending on the phase in the Candidate Journey.

To conclude, chatbots have enormous potential, being efficient, fast and cheap. The future of instant messaging moves into this direction, aiming at a perfect union between human & robot, where human skills are enhanced and facilitated by the ability to learn machines, thanks to developments in NLP and Machine Learning. 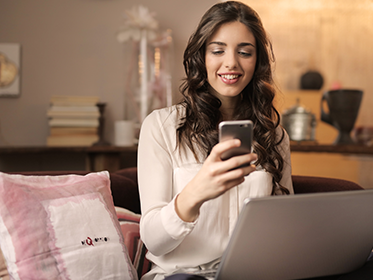 Behind The Screen: When Do Applicants Approach You? 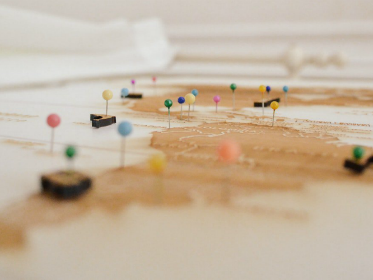