Over are the times of yelling at our Alexa or Google Home to play a song on Spotify or asking about Barack Obama's age. Voice Assistants are more sophisticated than ever. On average, 3 voice assistant devices are being shipped out… every second! That's 180 in only one minute. Keep in mind that this number only represents smart speakers. Assistant software is pre-installed on most smartphones today. Google announced in January that Assistant is available on more than 1 billion devices in 80 countries. Siri is available on more than 500 million devices. Juniper Research estimates 3.25 billion voice assistants are in use today.

The technology is at a stage where it's ready for the mass markets: There are now more than 70,000 skills on Amazon Alexa alone, and that doesn't even include Google Assistant or others — one could say… "There's a skill for that". While most of them are more geared towards entertainment and news, there's a long list of voice apps for productivity, learning, and yes – even recruiting and HR.

When fostering through Google's or Amazon's lists of available actions or skills for keywords like "job", "recruiting", "hire" or "interview", you'll find quite a few related voice-activated tools. The most popular areas of use are interview preparation and job search, but we'd like to highlight one Google Home action that we found particularly interesting and value-adding for candidates: Allianz Careers.

From Culture and Values to Mock Interviews

Allianz Careers is the voice action of insurance and financial services company Allianz. When potential candidates ask their Google Assistant-enabled device to "Talk to Allianz Careers", they'll be greeted by a friendly, yet robotic sounding voice, prompting the user to choose between asking questions, learning more about the company, or doing a mock interview. If you touched on this subject before, you'll notice the similarities to a chatbot integrated with a text-based messenger app. And you're totally right, voice bots are not much different! Both are interacting with people on a conversational level and utilize comparable techniques.

Even though it is still in its infancy, the Allianz example perfectly illustrates the goals and ambitions of companies looking for talent today: Providing a great experience for your candidates is crucial to your hiring success, along with automation to relieve strain on recruiters and put more time into their hands to spend with relevant talent. Pre-screening also plays a role here.

We're experimenting with voice too, as we believe it will be the next big trend in tech and recruiting. PwC lists conversational interfaces as one of the themes resulting out of the 8 tech 'megatrends'.

Our prototype for a screening voice bot is already capable of asking candidates custom and contextualized screening questions and evaluating their answers. In the near future, this could be used for application processes more widely – resulting in more relevant candidates and a growing talent pool.

SEEK, one of the biggest employment marketplaces, launched three Amazon Alexa skills in Australia last year – SEEK Jobs, SEEK Company Reviews and SEEK Employment Market Update. Via SEEK Jobs, the company focuses on engaging candidates through voice. Anyone can ask their Voice Assistant to search for job openings, which it will then read out loud. The pilot project has been running for more than a year now, and other job boards followed through: indeed and ZipRecruiter also have Alexa Skills available for their platforms. This is currently the most popular use case for recruiting voice bots, with companies creating their own voice apps as a close second.

Voice Interfaces Are the Next Logical Step after Written Communication

Artificial Intelligence and new interfaces are not going to replace recruiters anytime soon. They simply filter out irrelevant candidates and speed up processes significantly, leading to improvements on all ends, from time-to-hire and cost-per-hire to NPS and Candidate Experience. The biggest advantages are without a doubt the ability to accompany your employer brand with a seamless interface for candidates and the improvements in candidate experience that come with it. With that competitive edge, you're putting your company in an innovative and progressive position.

We'd love to do a project with you! Leave your email address and we'll reach out to you personally with more details. 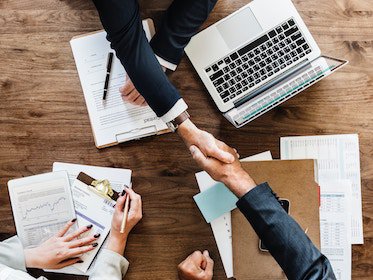 How Chatbots Help to Fix the Biggest Challenge in Recruiting 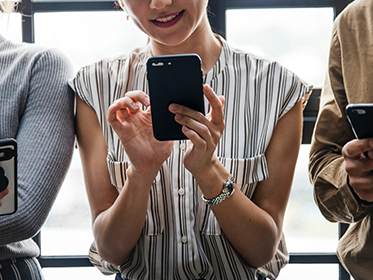