This post is not only about chatbots in the field of recruiting and the automation of it, but rather about what will happen to web platforms once we have truly intelligent agents (which might be chatbots). Still though this could be worthwhile.

Very few applications and devices so far are truly intelligent, however, we can agree that innovation in the field of Machine Intelligence is high and accelerating rapidly. We’re approaching a new age in which there actually will be an intelligent assistant for every part of our lives and, accordingly, the future digital landscape will look very different.

When Dag Kittlaus (creator of Siri and founder of Viv), demonstrated Viv’s new speech-based user interface in May of this year, we were given a glimpse into a future with radically different dynamics.

One of the demonstrations was about booking a vacation; In the past, you’d either have a dozen of tabs open, consulting different platforms and doing research, or you’d pay a travel agency to arrange it for you.

Kittlaus showed that these first two scenarios will soon be displaced. We’ll engage with intelligence that’ll know our preferences, recent actions, and purchases and will be able to process our requests faster and within one interface.

In the Viv scenario, Hotels.com brand presence is reduced to a small logo in the bottom-right of the screen and a link to their support page. Their booking platform has been usurped and displaced by the intelligence used to facilitate the transaction. For the user, this means a single, simpler UI and a streamlined booking experience. For Hotels.com, it’s a valuable new source of transactions, but also poses challenges for their platform in the longer term.

Platforms like Booking.com, Hotels.com, Indeed.com or eBay will play a very different role or disappear entirely as we interact with assistants, not platforms.

We’ll live in a world in which we will engage with intelligent assistants in most if not all aspects of our lives. For this future there are three different scenarios that could arise:

Assuming a super-intelligence could be kept in check (i.e. working on behalf of human-kind, as opposed to seeking to destroy the human race), it would make a fantastic digital assistant: smart enough to deal with booking holidays, ordering the groceries and much more, often before we even asked. A market-leading intelligence would have access to the necessary data and commercial integrations to handle any request users can throw at it.

The second scenario involves various intelligent agents, acting on behalf of different companies or individuals, that interact and transact among themselves to reach outcomes of mutual benefit. From a UX perspective, there may be very little difference to the end user to interacting with one super-intelligence: the user would interact with their own digital agent, which would handle any further interactions autonomously.

The ‘fragmented landscape’ scenario seems the most likely; intelligence will solve some industries’ challenges before others and hence the user may need to interact with multiple specialized digital assistants in order to accomplish a varied range of tasks.

How shifts come along

Dharmesh Shah (@dharmesh), co-founder and CTO of Hubspot, had this to say about socio-technological shifts: He cites 1997 and the rise of the Internet and 2007 with the launch of the iPhone being prominent examples of massive changes brought about by technology. Now he sees a new shift: “Now almost another decade has passed and the third tech shift is happening. It’s what we’re seeing today in messaging and chatbots. […] This, too, feels like a Very Big Deal.”

What we’ll see next

Consultancy firm McKinsey is already hard at work codifying the situations in which people can be replaced by machines. While predictable and repetitive physical tasks rank highest for automation-potential, many white-collar jobs — especially back-office roles involving data-collection and processing — are increasingly automatable.

Digital assistants are going through the classic ‘Early Adopters’ phase with this fundamentally new way to engage with companies, services, and everyday tasks.

The adoption of bots as ‘employees’ in the workplace is already happening. It was recently reported that law firm Baker and Hostetler hired Ross, an AI, to give them an edge. Ross is built on cognitive technology from IBM and is capable of searching through masses of legal documents, case law, etc. to instantly retrieve contextually-relevant information for the firm’s human staff.

This openness and willingness towards automation (= adoption) is something we witness also when we talk to companies about their efforts to automate the repetitive tasks within the hiring process.

While we spend ever more time with digital devices we constantly strive to spend less time with them. Bots might offer the opportunity to finally catch up: while we utilise increasingly complex technology, it was never easier to engage with it and make use of it. No matter how old you are or the speed of your internet connection.

A version of this post was first published on VentureBeat on October 31, 2016. Thanks to Andy Carvell for his input and feedback on this. 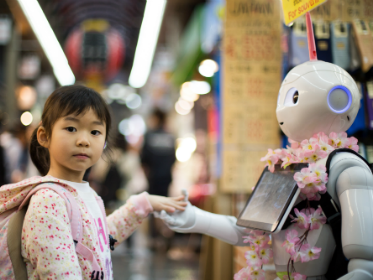 The Hitchhikers’ Guide to A.I 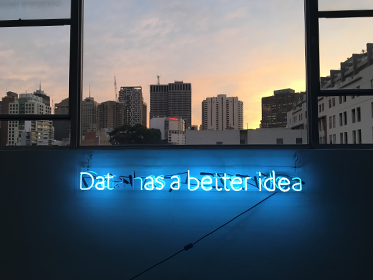